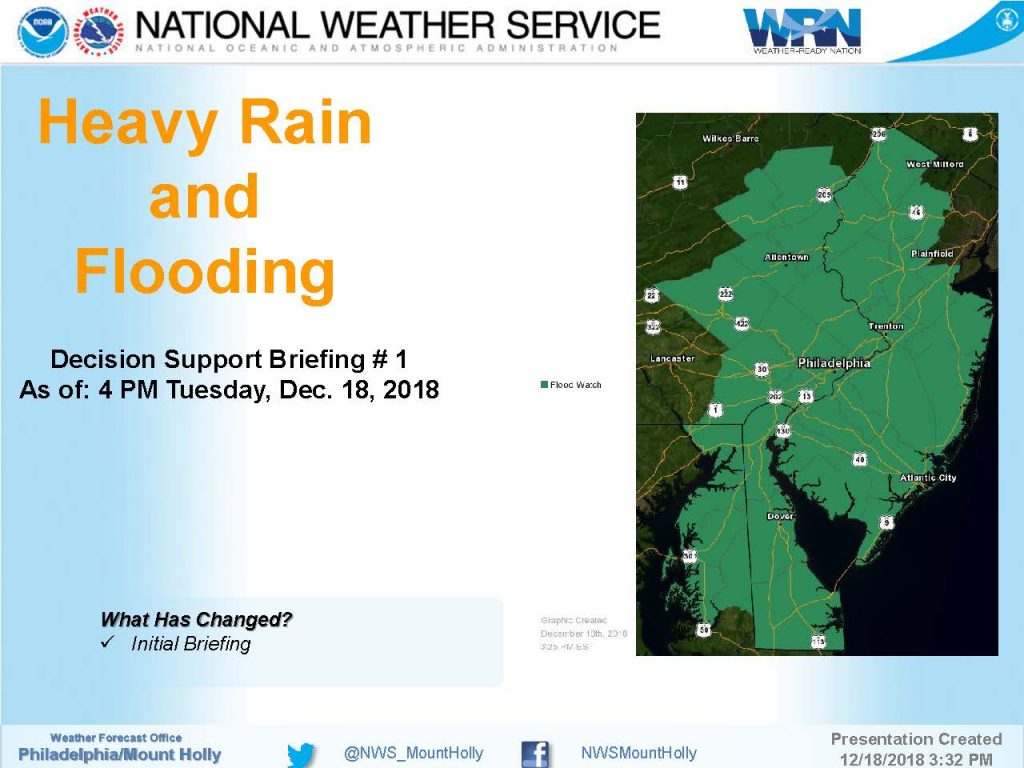 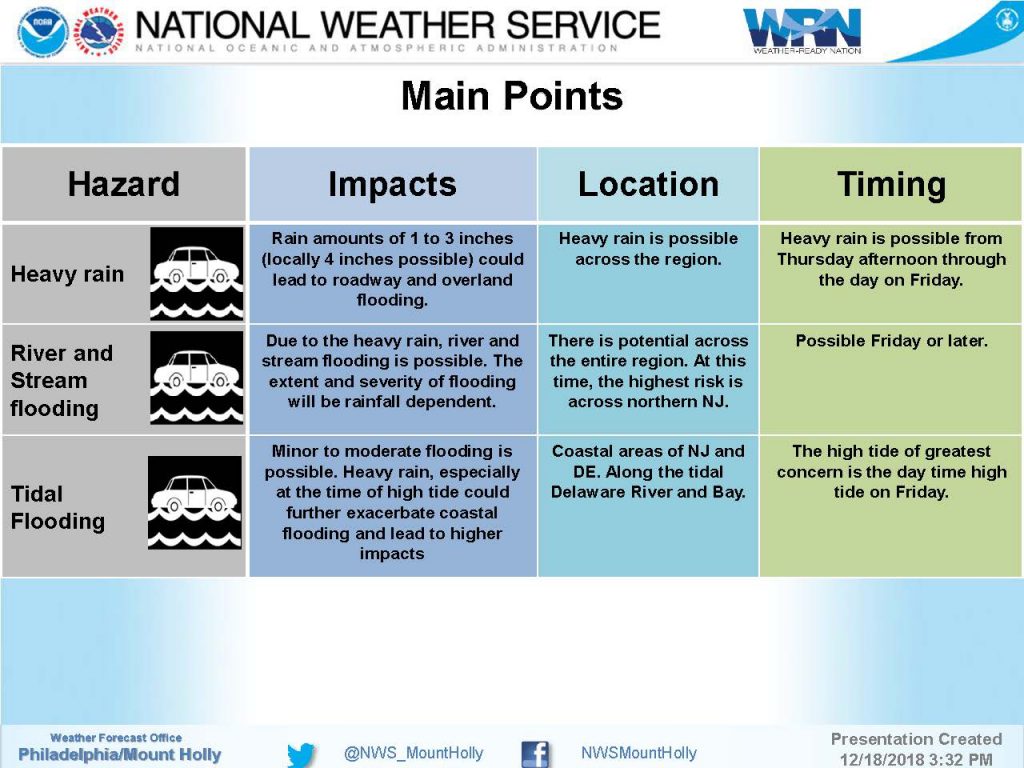 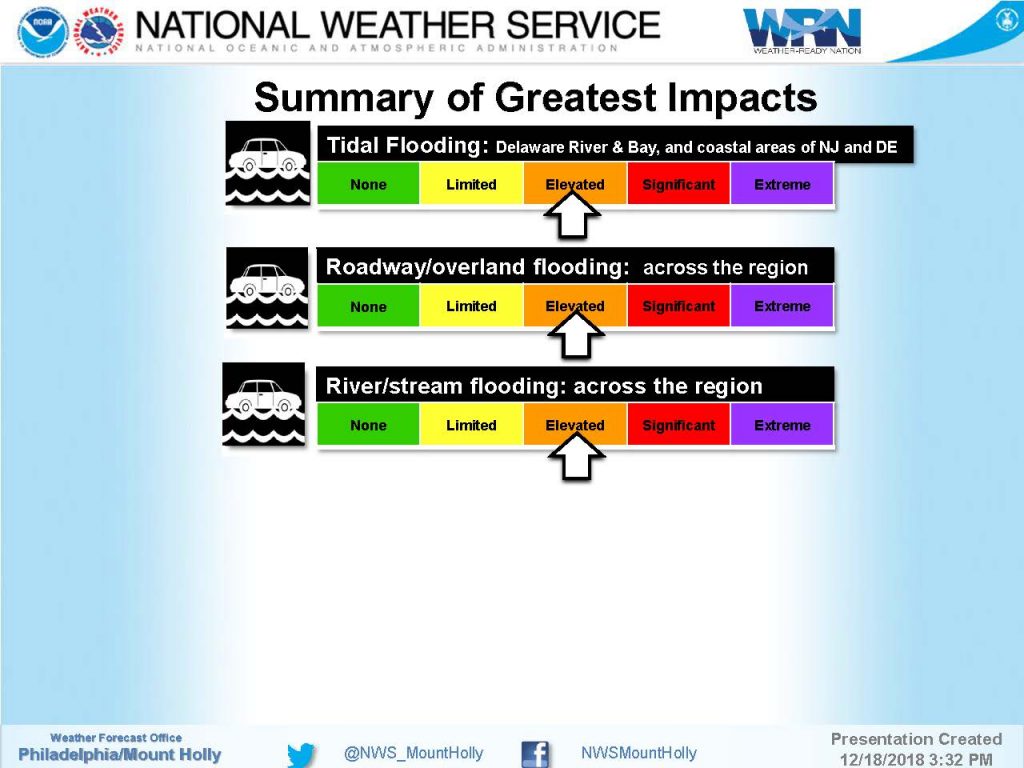 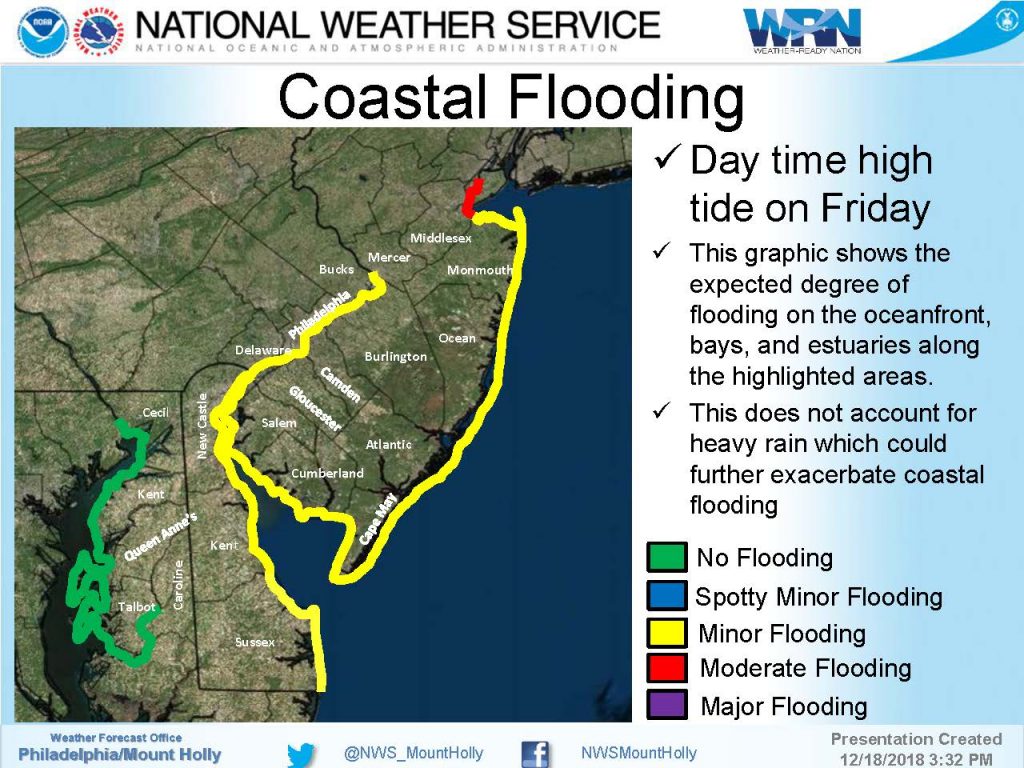 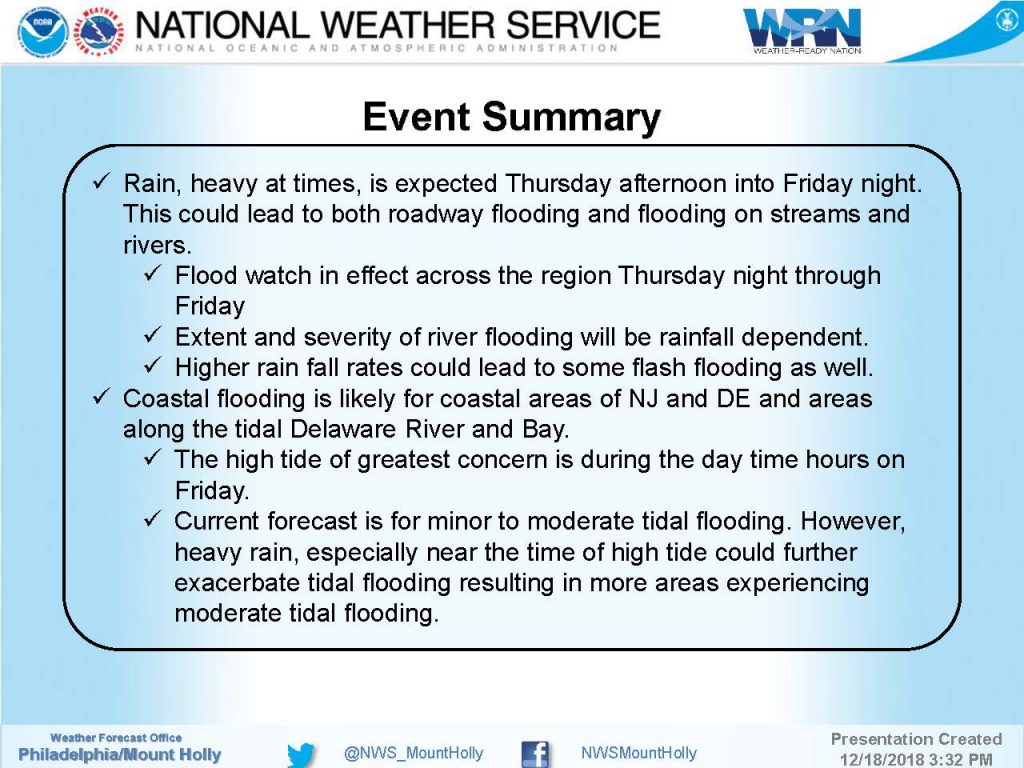 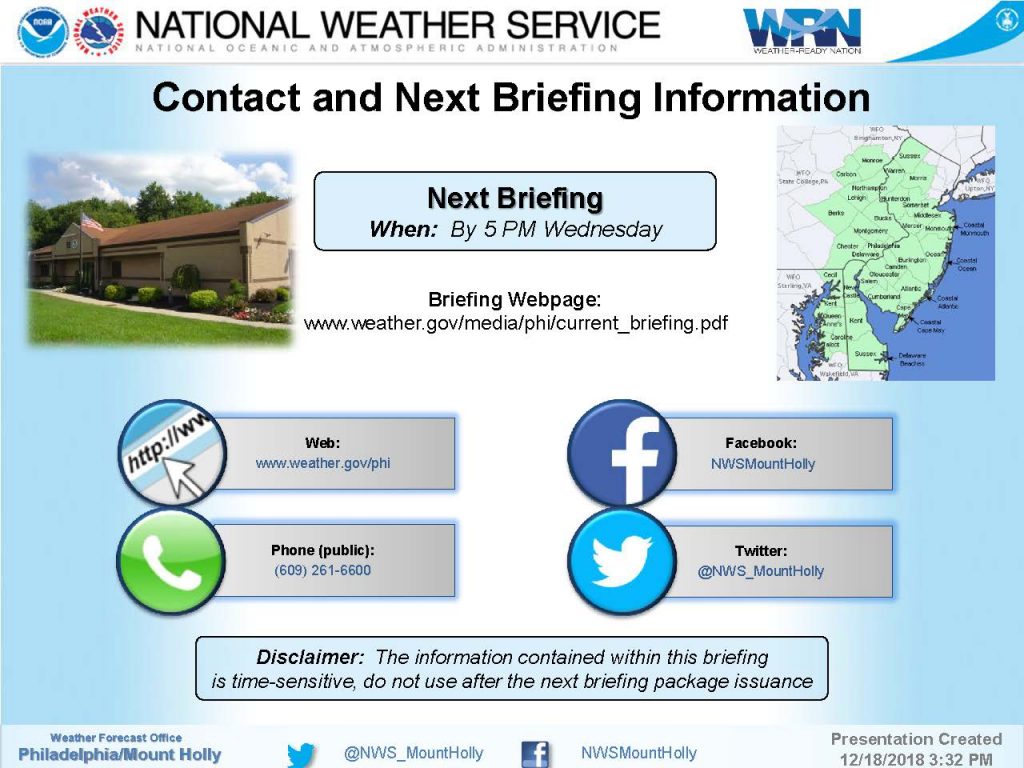 High tide will occur at the Townsend’s Inlet Bridge on Thursday at 5:56pm, and again on Friday at 6:22am and 6:46pm.  Minor coastal flooding is possible at time of high tide.

Rainfall amounts may be significant.  Turn around, don’t drown..never attempt to drive on any flooded street as this causes a wake that can damage property and puts you and your vehicle at risk.  Wind gusts will approach 40mph during the evening hours Thursday into early Friday morning.  Secure loose objects on your property; contractors should secure their job sites on Thursday.

Continue to monitor the forecast on traditional media outlets.  We will provide updates for you when necessary.  We continue to be in contact with the Cape May County Office of Emergency Management for updates on the potential impact of this storm on our region.

Here is the text of the Flood Watch issued by the National Weather Service:

…FLOOD WATCH REMAINS IN EFFECT FROM THURSDAY EVENING THROUGH

The Flood Watch continues for

* Flood Watch for portions of Delaware, much of New Jersey, and

through Friday, resulting in a widespread rainfall of 1.5 to

* Given the recent heavy rain and how saturated he ground is, this

poor drainage, as well as the potential for significant river

flooding. In addition to the freshwater flooding, the

combination of heavy rain and increased tide levels during the

times of high tide Thursday night through Friday morning will

along the Atlantic, Delaware Bay, and tidal Delaware River.

You should monitor later forecasts and be alert for possible

Flood Warnings. Those living in areas prone to flooding should be